When Calvin was growing up, there was little doubt about what career he would choose, because his talent manifested itself early.

As a toddler, Calvin used to beat on pots and pans with a confident rhythm, a playful foreshadowing of his chosen profession. At age five, he received his first drum set. When he was twelve, he recorded an album with the Napper Singers, a gospel group comprised of his mother and aunts. He began touring with them while still in his teens. Performing in the jazz band and local jazz groups dominated his high school years.

Today Calvin, a self-taught drummer, who is proficient in a variety of styles, has kept to a largely gospel-oriented musical course, working with many well-known professional gospel artists.

A resident of Winston-Salem, NC, he counts his years on the road as his greatest professional achievement and responsible for instilling in him both discipline and endurance. His touring schedule has taken him all across the US, Europe, Africa and Korea.

Calvin is currently the drummer for the legendary R&B soul band Maze featuring Frankie Beverly, where he’s held down the drum throne since September 2010. When not on the road, Calvin enjoys spending time with family, as well as recording drums for clients in his home studio. 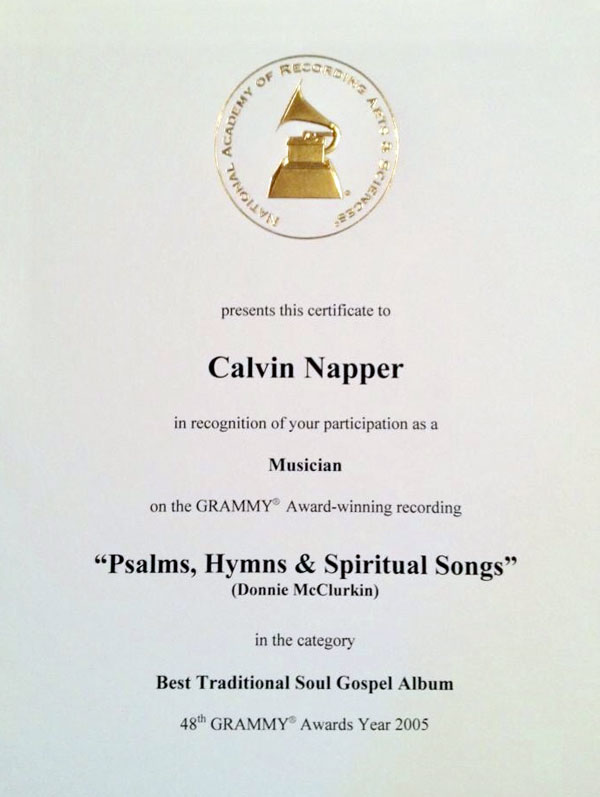 “I have been blessed to work with many artists ranging in many different musical genres.”

Grammy award-winning Drummer Calvin Napper is available to record drums for your album project. For info and rates, contact him today!